(In this first post I talk a bit about the comic I'm making and how the idea developed over the years.)

I've been interested in steppe nomadic cultures since I started university in 2005.
Funny things, memories - I'm pretty sure it all started with the short scene in Conan the Barbarian where Conan and Subotai run. I was quite little, watching the film with my dad and he'd tell me when to cover my eyes, or when I should be paying attention. This particular scene he'd always liked, the image of two guys running to get where they wanted to go in the vast open steppe, stopping only to eat, sleep and chat about theology. The music by Basil Poledouris works perfectly to underscore the scene, its light mood and the feeling of freedom.

Much later, I stumbled upon a book on Scythians (http://en.wikipedia.org/wiki/Scythians) and from then on I started researching them and other nomadic people of the Eurasian steppe. (at this time it was just for fun and out of curiosity)

The Eurasian steppe is a fascinating piece of the world in history! I had no idea how influential and important it was to me - a modern European. The way we were taught history in grammar school, I had some idea of blocks of history - separated by (artificial) era borders and by geographical distance. "Europe went through history mostly by itself and so did Asia and so did America"..etc.
When I became interested in Alexander the Great and later in the steppe nations, I had to rethink what I knew, unlearn a lot and set up my idea of history from scratch.

If you look into this, sooner or later you'll end up at the Silk Road and linguistics. The steppe is where the West and East meet, connected by the various trade routes and links of language evolution.
There are so many controversial topics and unanswered questions! Where did the Indo-Europeans come from? What role have domesticated horses played in human history and for how long? What about the invention of the wheel?
We've learnt quite a bit about Mesopotamia and the agrarian cultures in school, but almost nothing about pastoralic nomads. There's this idea they didn't contribute anything of value to us, that people only become civilized and worth learning about if they settle down and start planting crops next to big rivers.
I decided to make up for the gaps in my knowledge of steppe history, bought a bunch of books and started reading.

Mummies of the Tarim Basin

I like mummies. It's an odd passion, I know. There's just something really cool about well preserved bodies of ancient people!
In 2011 National Geographic and NOVA made documentaries about a group of mummies found in the Tarim basin, in Xinjiang.
http://en.wikipedia.org/wiki/Tarim_mummies

Mummies of Europoid-looking people in clothing very similar to Celtic style weaving found in western China?! I was immediately hooked!
Of course, many people tried to claim the mummies for various causes. Nationalists, crazy ancient alien theorists, you name it. The thing I found so interesting was the variety - both in physical features and in their DNA, the mummies show a lot of diversity. There's no point in arguing whether they as a whole were European, Chinese, Mongoloid or Caucasoid - these people lived on an important crossroads of the Silk Road. It only made sense so many different places and nations mixed in Tarim. 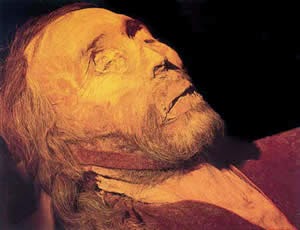 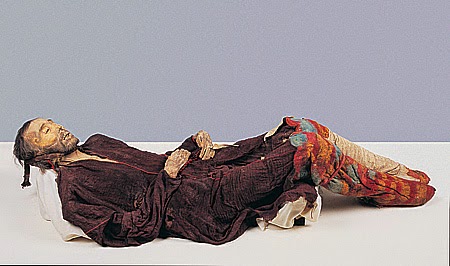 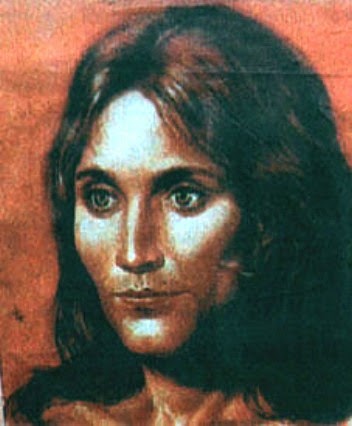 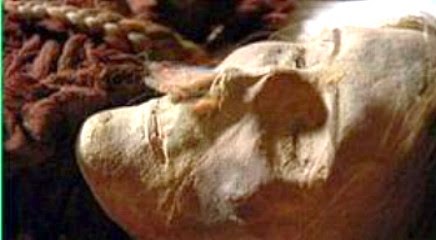 Learning more and more about the Tarim basin and its history, I remembered the short comic idea I wrote, about an Amazon and a dragon. It'd have to be heavily reworked, but it could very well be set a few centuries later, in Xinjiang.
An overarching story could be woven around the conflict between the Chinese Han dynasty, proto-Hunnic Xiongnu and the Indo-European speaking, Caucasian looking Yuezhi.
The Yuezhi were a good choice for the main protagonist's origin - very little is known about them. So I can fill in gaps and have some room to maneuver in.
And that is what I've been doing this past summer, through weekends and lunch breaks.

I have several outlines for stories written, with the same protagonist, with one main story going through them. I have a mostly finished script for the ending (which is odd, but it was the first story I wrote), so I know how it all ends. Now I just need to figure out how to get there.

There's always more research to be done, I have tons and tons of material to sift through, make more notes and put them to use where needed.
The next blog post will probably be about research, sources, where I draw inspiration from and how I want to approach the story in this very specific setting.

To finish this off, here's one of the early sketches of the main protagonist. I'll keep playing with her facial features more, this drawing was done to have at least something to show. (her costume mostly, based on the few depictions of Yuezhi and Kushans we have) 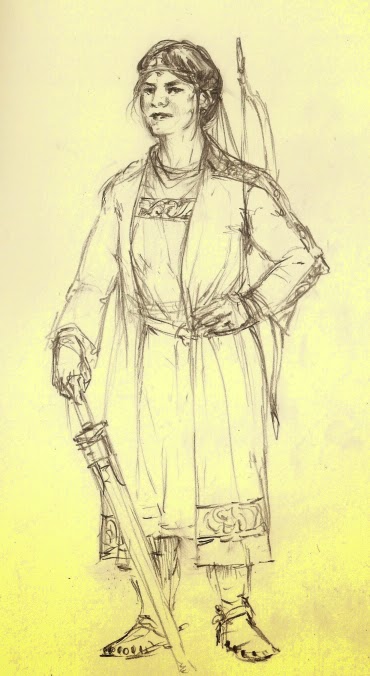 (I imagine she's in her early teens, around the time she went into battle for the first time)