No title puns today. The Rivendell book for The One Ring RPG is out in PDF and in preorders for the physical copies!

I've painted and drawn a few pieces for the book. And they were great scenes and objects - battles, armies, swords and helmets, but I can't help but think the resulting illustrations could've been better.
I don't mean to blame the circumstances in which they were made (the last few months my mum was still with us), but it's true my mind was not focused on the work as it should've been. 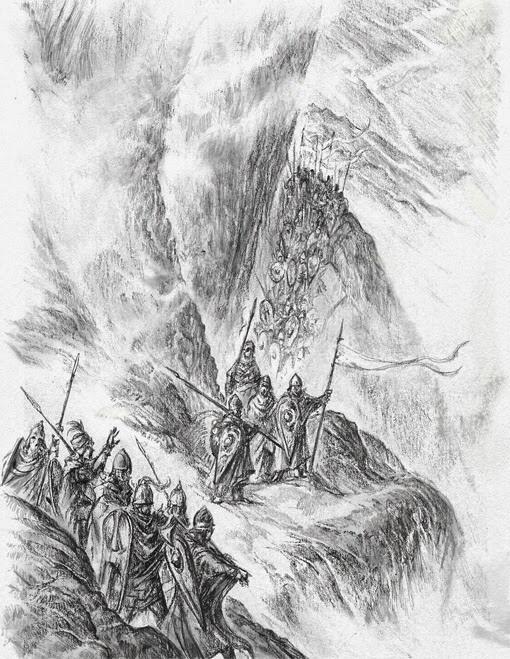 "Armies of Arnor and Lindon are coming down from the Misty Mountains."
(This one was a struggle. I drew this at my parents' house, so I had to do it on paper instead of the usual "digital pencil". And by accident, I used a piece of watercolour paper, which is very bumpy and hard to draw on. At least for me.)
The only original piece of the bunch, I already gave away as a thank you to a fan who bought several other paintings of mine.

"Witch King flees from lord Glorfindel after the battle of Fornost"
This one's alright. Glorfindel came out fine, but I wish I spent more time fiddling with Witch King's design. The colour scheme is odd, but works, more or less. I originally wanted to show more of the battle in the background, but ended up focusing on the front figures. 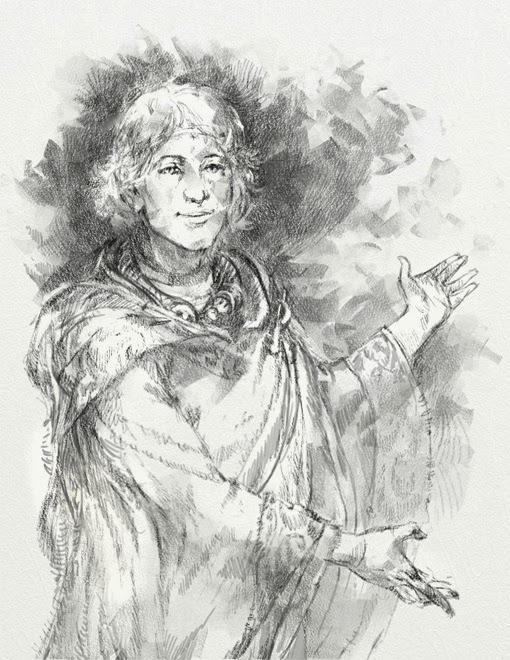 "Glorfindel in Rivendell"
Glorfindel is one of those characters almost impossible to depict as you imagine them. (primarily because I don't have a concrete singular image of them in my mind. So I pretended to be Victor Ambrus and also started experimenting with the tools in ArtRage in the middle of the drawing. Came out sort of ok. 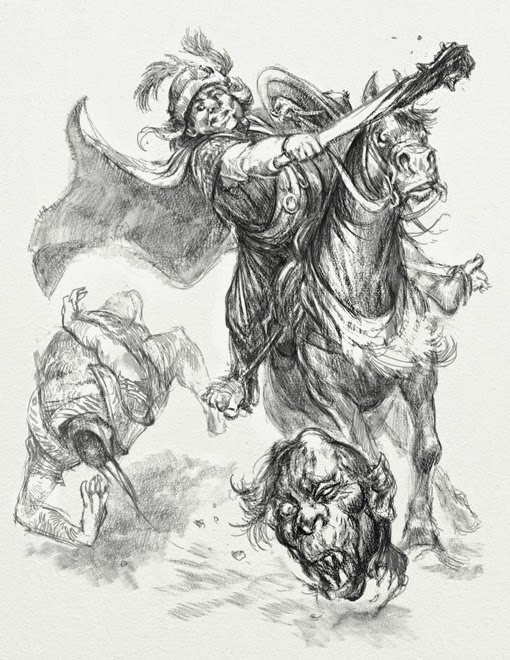 "And so, the game of golf was invented..."
Golfimbul's death at the hands of Bullroarer Took was a super fun scene to do. Unfortunately, I drew it at my absolute physical and psychological low at the time. Still, I think both comedy and action of the scene came through. 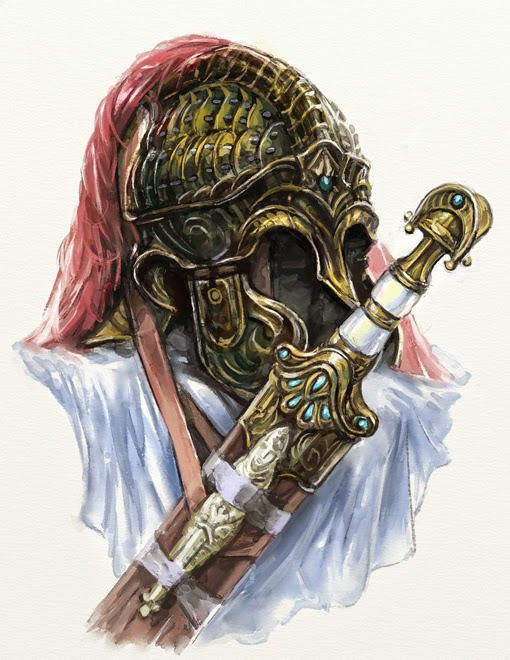 "Helmet and sword from the times of old"
Yeah, this was the safest one. I just switched my brain off and painted what I knew. Now I wish I did the helmet even more like Tolkien's karma, but it might've been too weird. The sword is an odd mix of elements, really! Quasi-Migration/early medieval period fittings and handle, Tibetan/Chinese influence on the hilt decorations and a pommel that's half yataghan and half ancient bronze Persian dagger.