Got My Sword Nicked by a Shark

Update 2017: After some delays, I finally heard the final word from Fat Shark. They completely deny any inspiration, or even similarity between my design and their 3D asset. Apparently, that asset was inspired by "celtic swords".
Well, good to know. Here I was, thinking they just blatantly copied my drawing.
Yeah, I'm not gonna go to court for 150-ish USD, which they of course know.
Still, I'll leave the blog up, as a reminder of their shameful display.
Shame! Boo! Thieves!
Sad.

We had a good time, each playing a different character. After one session, I noticed the elven ranger Kerillian (played by my flatmate) used a dagger with a design which was somehow familiar.

///Edit: The post was edited to focus on the one specific sword design, the rest was confusing.

Eventually I realized it reminded me of a drawing I did in 2009: (2nd from the left)
http://merlkir.deviantart.com/art/Elven-Sword-Evolution-128393180 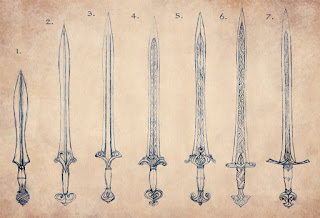 This is what the weapon looks like in the game: 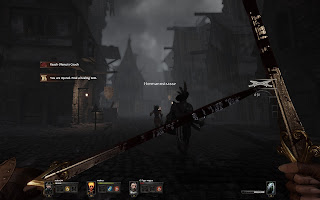 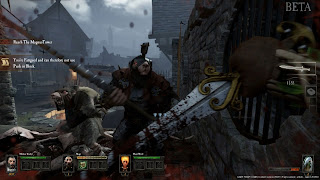 The thing is nearly identical.

The way the crossguard is composed of two levels of curls (each curling in the opposite direction), the shape of the blade, even the pommel is heart shaped with inward curled edges.

Here's a comparison (thanks to Hessper), so you can see the designs together : 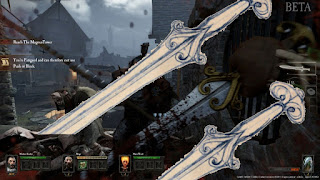 At first I thought it was funny, a big videogame company using designs from bloody DeviantArt.
Then I thought it was a bit lame. This game is a commercial product, they continue to make money on it, as it's still being sold and played by thousands of people every day.
I thought I should say something, because this should not happen.

It's especially baffling to me, since the game is based in the Warhammer universe, and has loads and loads of existing art under that license, any of which they could've easily use for inspiration.

So I decided to contact them, looking for an explanation rather than big bucks. (don't get me wrong though, I still asked them about a licensing fee)
I wrote them an email through their official contact and waited.
This was in October and I'm still waiting for any kind of reply whatsoever.

To sum up - Fatshark, if someone at the company reads this - I would still love to hear from You and find out how this happened.
Posted by Jan at 10:10 AM