Just a quick one today. Yesterday we got a trailer for the Wonder Woman movie:


I've never read any WW comics, I'm not a fan, but it looks surprisingly entertaining.
One thing that caught my eye was the sword she wields.

Now, during her first movie appearance in Batman vs. Superman, WW had a different sword, which I didn't like a lot: 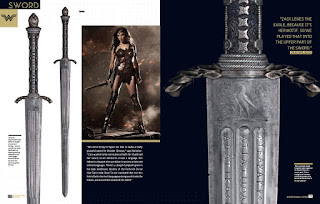 It looks vaguely late-medieval or early renaissance, maybe inspired by the cinquedea:
https://en.wikipedia.org/wiki/Cinquedea
Why would Wonder Woman have a sword like that, what historical sense does it make? Of course, the handle is WAY too long and looks pretty stupid. 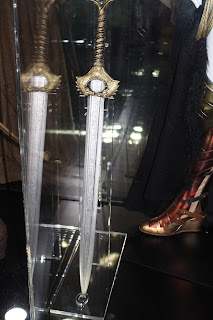 Now, by itself it's not mindblowing, but a few things about it intrigue me. Firstly, the shape of the guard reminds me of this sword from grave Delta in Grave Circle B at Mycenae: 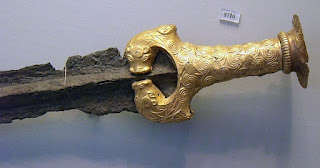 The handle and pommel are more reminiscent of (mostly fantasy invented) twisted "celtic" hilts, but the general shape isn't too far from some Scytho-Siberian swords.
Now, Wonder Woman is an Amazon, so some Scythian influence would be appropriate.
Looking closer at the guard's dragon heads, they really do remind me quite a bit of these Scythian dragons from Central Asia: 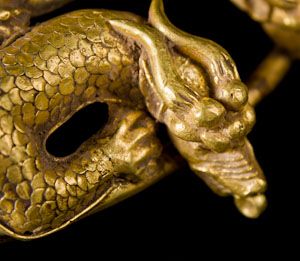 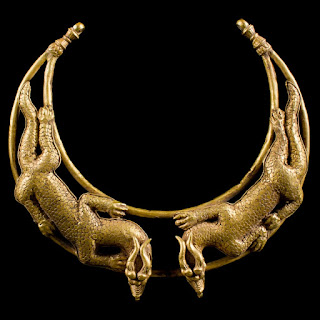 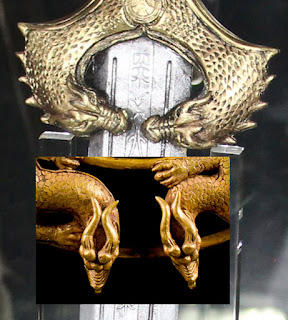 If that's intentional, that's quite neat. Good to see Holywood designers take inspiration from historical designs. (Honestly, I wish someone did WW entirely dressed in this style, not the comicbook nonsensical "armour". But I fully understand why they went with the established style.)