Last week I found a box full of old drawings of mine. Most of these were drawn 15-13 years ago. (I was 14-16). It's quite fun to see where this whole art thing started. 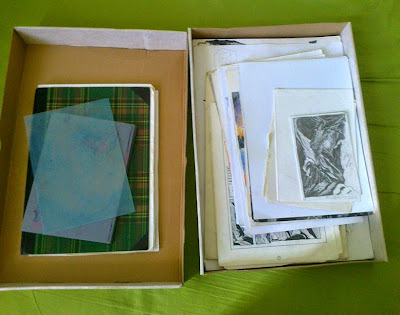 On top there were notebooks full of roleplaying stuff. I used to DM for our group, so there are many maps and I also drew scenes from the adventures we played through. 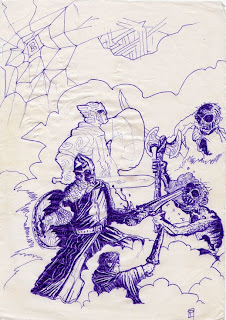 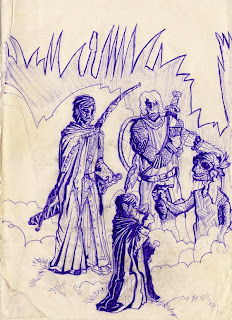 (this was a really fun game, we played while hiking. So no dice rolls, just roleplaying. I didn't even have a story prepared in advance, had to make it up on the go. And yes, I was obviously into Mike Mignola's artwork. :)) 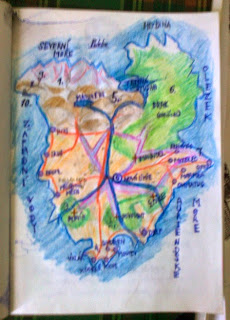 This is a map of the world we played in. Yeah, a single continent (more like an island) with all the climates we could ask for. :D Classic. 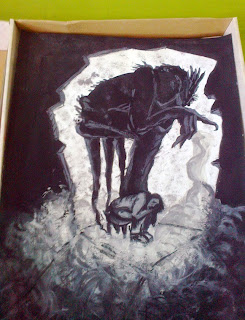 I sure went through the angsty teenager phase too. 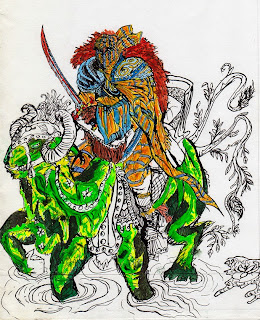 My learning years, this was an attempt to (very poorly) ape Ron Tiner. 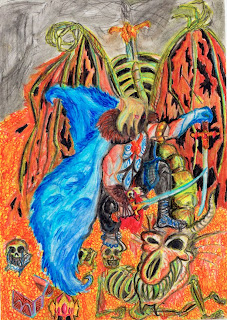 This is pure gold. :D I had no idea who Drizzt was, but a gaming magazine mentioned he used two scimitars and was something like an elf. Obviously, his face has to be in shadow (I don't know what he's supposed to look like! Red eyes though.). Why the blue feathery cape, or why he's sitting on a mouldy dragon skeleton and a pile of gold? No idea. This one is probably one of the oldest bits in the box. 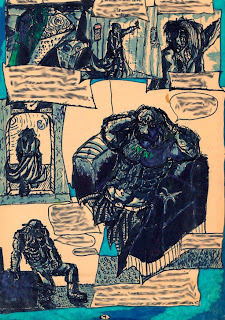 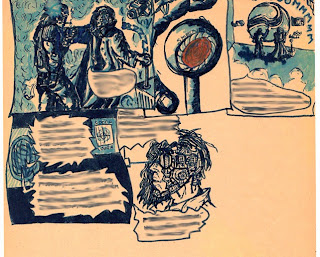 A comic I started drawing while visiting my grandmother. As far as I understand the story, it's a cyberpunk world where the Inuit people took over thanks to some kind of technology or drug they invented or discovered. I think I started reading Shadowrun at the time. :) 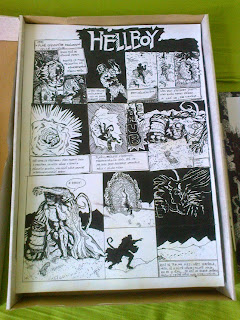 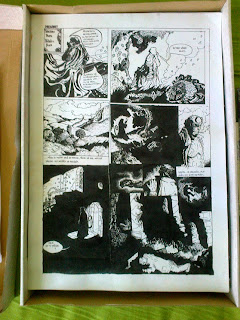 A Hellboy comic I never finished. The story (as I remember it) was about Hellboy and an undead knight teaming up to tame a hellhound that escaped from Hell in the 15th century. It starts with a very James Bond-like moment, Hellboy is chasing a shaman through a dimensional portal and the spell backfires, exploding the shaman all over the place. (Hellboy is fine, of course, he always falls everywhere.) 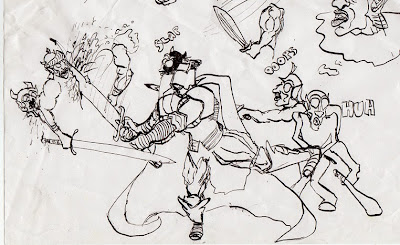 To finish up, here's a silly doodle thing. No idea why the sound of an arm being hacked off would be "SLAP".