Games of the Mighty And Powerful


Dračí Doupě II: Hry mocných (Dragon's Lair II: Games of the Mighty) is a supplement rulebook for the Dračí Doupě II roleplaying game, which I worked on and which was released in June 2011.
http://janpospisil.blogspot.cz/2011/07/draci-doupe-2nd-edition-with-cream-done.html

DrDII comes with a low fantasy setting you can use for the game (but the rules don't depend on it). Its inspiration comes mainly from Slavic myths and much of it is fairly closely based on early medieval times. It's all hills, rivers, fields, forgotten ravines and decaying bronze age hillforts. Bands of steppe people roaming vast plains, rich merchants travelling between walled cities by rivers under heavy guard. It's about adventuring in small villages full of ordinary characters as well as facing supernatural threats in complex cities.
If you've played any of The Witcher games, it's quite similar. 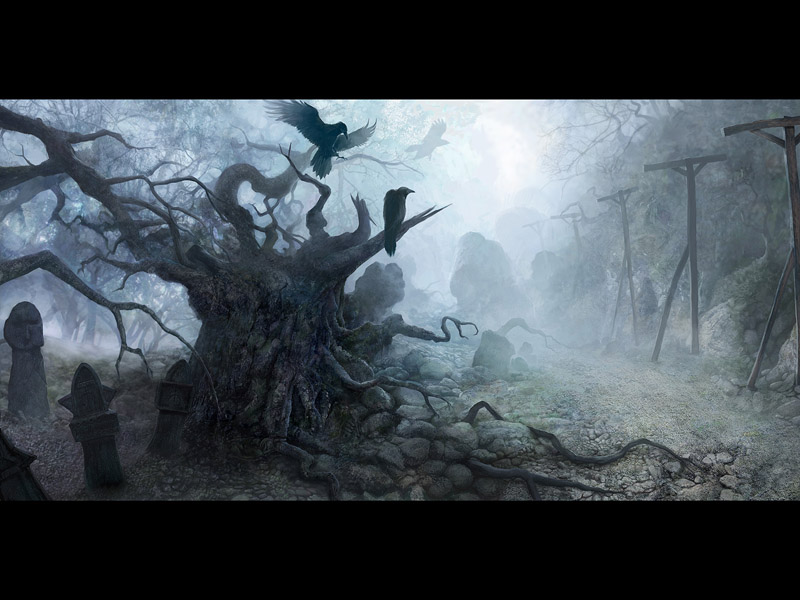 (concept art for The Witcher, NOT painted by me, (c) CD Projekt RED)

It's quite possible to play with western-style-fantasy flying ships, paladins in shining plate armour worshipping their angry gods and dark elves living in the Underdark. We just like our own semi-Slavic flavour better. :)
(another example of such regional RPG flavour would be Drakar och Demoner in Sweden)

What I enjoy about this work is mainly the low key aspect. This advanced book is aimed at players at high levels, who want to lead armies, build cities and defeat godlike creatures. Still, while I had to show these classes are very powerful and that they have abilities far beyond what the basic classes can do, they had to stay believable and...plain? Simple?

1st row: Kroll** Warlock is carried by his company of diseased cultists./ Dwarven Inquisitor is using her seer ability to investigate a murder./ Elven Wonderdoer (super skilled wizards) walks a path in Between the Worlds and wards off hostile elder beings
2nd row: Human Avenger is quite smug about her ability to sneak up on a heavily protected villain. / Kroll Destroyer in her half-dragon form is wrestling a hydra./ Human Palatine is receiving a blessing to fight an undead wolf demon.
3rd row: Hobbit Shadow carrying a bag of precious loot escapes a guard./ Elven Leader rouses a crowd./ Dwarven Elementalist uses his affinity with the earth to ambush a travelling army.
4th row: Female hobbit Zhretz*** receives tribute from devoted villagers.

** - krolls are a DrD specific race, similar to half orcs in their strength. They also have bat like ears and hearing.
*** - Žrec was a name for Slavic priests, we used it for a class of shaman/druid like super priests of Nature.
Posted by Jan at 9:12 AM