I've been stretching my drawing muscles lately. I seem to have forgotten a lot, it's always a struggle at first. When I get into it though, it's a lot of fun.

Here are 4 illustration I've done for the "Picks and Hoes" book - it's quite rare to see interior illustrations in fantasy books these days:

(there will be two more in the book, still working on those. All "ink pen" over "pencil" in ArtRage) 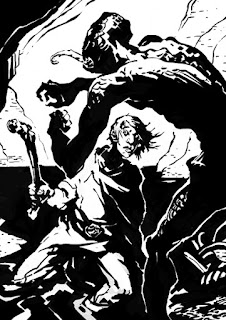 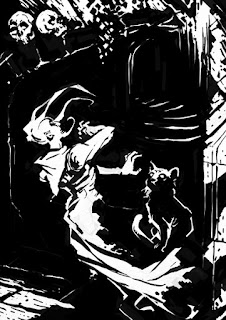 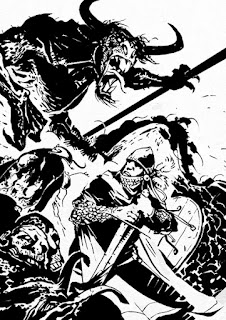 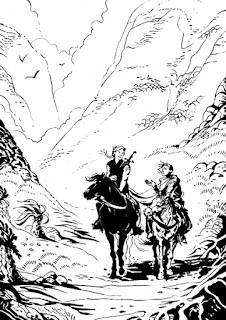 And this is a drawing I did for a LARP group reenacting the men of Dale from J.R.R.Tolkien's Middle Earth, for a poster I think. It felt like I was drawing this for myself though - very relaxing, no stress over reference, I just drew what I knew well and enjoyed the process very much. 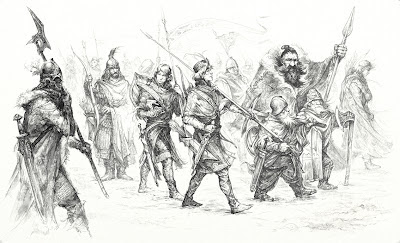 I'm quite pleased with the result. It weren't necessarily the Osprey illustrations I was thinking about while drawing it, Victor Ambrus fans will no doubt see my attempts to be as loose and effortless as he was in all his wonderful elf drawings.

Focusing on the armies of the north of ME was also interesting. I've done many drawings and paintings of the Gondorians, the Haradrim also - all southern nations. But the elves of Mirkwood, men of Dale, Beornings, the Woodsmen, those were all neglected for some reason. They don't appear in LOTR that much and somehow don't seem to fit - the inspiration, their source and origin is more obscure, yet rooted in history and mythology even more than that of the southern people.

Quite possibly it was a combination of purchasing The One Ring role playing game by Cubicle 7 (illustrated by Jon Hodgson, Tomasz Jedruszek and John Howe), reading The Hobbit again in English and also reading "Road to Middle Earth" by Tom Shippey, that made me want to illustrate these less explored parts of Tolkien's world. Less eplored in the past that is, and in the better known media. I'm sure the MERP games have done all kinds of books on the North, but it seems to me that TOR is the one game that deals with it properly at last.

The North isn't quite as boring as I once thought it was. Hopefully I'll get to draw or paint some more of these mysterious lands.